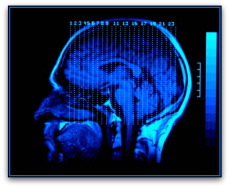 Imagine the excitement among scientists when they no longer had to rely on post-mortem autopsies to get a firsthand look at the most important and complex organ of the human body – the brain.

After centuries of brain inquiry and research, that turning point came only recently, occurring in the early 1970s with the introduction of neuroimaging technologies that gave neuropsychologists and neuroscientists images of living, functioning brains.

The importance and use of these technologies cannot be understated. The number of empirical research studies grew exponentially after the advent of neuroimaging devices, as did the number of new medications and psychological and neurological treatments.

Doctors and neuropsychologists now use these technologies regularly in the diagnosis and treatment of individuals suffering with brain injuries and disorders. Thanks to detailed views of the brain, healthcare providers are now able to better pinpoint areas of injury and trauma to the brain. Research on developmental disorders using this technology also guides educators and other professionals in helping those with a number of learning, social, and emotional disorders.

Neuroimaging is an umbrella term encompassing a variety of methods and technologies. Collectively these varied techniques are oftentimes referred to as “brain scans.” Others use the more scientific term “in vivo imaging,” meaning that biological experiments are carried out on living organisms – either on people or animals.

Both clinical and cognitive neuropsychologists use brain scans to conduct studies on and diagnose living human beings. Neuroscientists, on the other hand, mainly use animals in their empirical investigations.

This was one of the first imaging technologies that revolutionized brain study in the 1970s. It is still used today in hospitals and healthcare settings to diagnose brain disorders, tumors, and trauma to the brain.

CAT or CT scanning involves low levels of radiation that create x-ray images. The radiation passes through the head at different angles, producing 2-dimensional images or cross sections that a computer uses to produce 3-dimensional composites.

Because CT scans can’t thoroughly distinguish between more and less dense brain tissue, sometimes a dye is injected into the bloodstream before the scan, improving image contrast.

Invented in 1977, MRI changed the course of both medical care and brain research in significant and groundbreaking ways. MRIs produce detailed, high quality, and high-resolution brain images without subjecting patients to radiation.

An MRI machine is a large drum – a giant magnet – with an opening on one end.  Patients lie head-first on a movable bed that slowly enters the drum’s opening.

The machine’s magnetism realigns protons found in the brain’s tissues. A radio pulse from the machine makes some of the protons move at a specific frequency, and when the radio pulse turns off, these protons return to their normal movement, releasing energy that the MRI measures.

Through this process, a computer generates scans of the brain’s tissues, and replicates the brain’s structure in amazing detail. Several “slices” of the brain are imaged: side, frontal and horizontal views of the brain.

As the radioactive substances decay, they release gamma rays that the PET technology measures, providing pictures that contrast the more and less active parts of the brain. A computer demonstrates the areas by colors: red indicates more active areas; blue indicates less active areas. The computer shows cross-sectional slices of the brain. These images display deep structures within the brain, and demonstrate functional responses within these structures. PET scans do not measure neuronal processes taking place, only levels of change in different brain areas under different conditions.

rCBF is a type of PET scan that also measures more and less active brain regions based on radioactive substances transported through blood flow. Patients inhale a small amount of radioactive gas such as xenon, which the blood carries to the brain.

Patients sit under devices resembling hair dryers that cover your head. These “caps” have sensors that measure the radioactivity transported to the brain, identifying the more active areas of the brain.

Similar to PET scans, rCBF does not measure neuronal activity but only changes in blood-flow activity.

For many researchers, especially cognitive neuropsychologists and those in the neurosciences, fMRI has become the most popular imaging technology.

fMRI uses the same machine as structural MRIs, permitting researchers to complete both functional and structural neuroimaging at the same time. Using more powerful magnets, however, fMRI gives detailed neural activity in the brain and spinal cord unlike a regular MRI.

fMRI works on the magnetic properties of the brain’s cells called neurons. As with all cells, neurons require energy to function. In neurons, glucose and oxygen provide this energy, which is delivered by the bloodstream.

Molecules in the blood that carry oxygen differ in their magnetic properties depending on the amount of oxygenation. Differing levels of oxygenation and deoxygenation result in magnetic signals that the fMRI measures. This process is referred to as “blood oxygenation level dependent” or BOLD.

Neuronal firing affects the oxygenation and deoxygenation of blood, giving an indirect measure of neuronal activity. In this way, researchers can view neural activity taking place in the brain as patients complete tasks, and are able to construct “maps” of neural network systems.

If you have a passion for understanding how the brain’s physiology influences thinking and behavior, and especially if you want to pursue a research career that uses neuroimaging technologies, you should consider a career in a neuropsychology field. Most jobs in this field require at least a Ph.D.

New Technologies on the Horizon

Another new technique of MRI machines is magnetic resonance spectroscopy (MRS), used mainly by researchers rather than clinicians. MRS studies the biochemistry of brain tissues without the need for a biopsy.

Whereas an MRI can locate a brain tumor, an MRS can, theoretically, provide information about the tumor’s malignancy and aggressiveness.

In addition, the most recent advances in imaging technologies facilitate the study of the connectivity between different brain regions, helping scientists identify the strength of the connections when patients perform certain tasks.

While most of these new technologies are still in their infancy, they will become more widely known and employed by researchers in the coming decade.

What did researchers use before neuroimaging technologies became ubiquitous in neuropsychological and neuroscience thought and practice?

The device of choice for many, and a device that is still used today in research and clinical practice, was the electroencephalograph (EEG). Though it can’t show anatomical pictures of the brain, or give detailed views of which areas of the brain accomplish which tasks and processes, it non-invasively demonstrates neuronal brain activity.